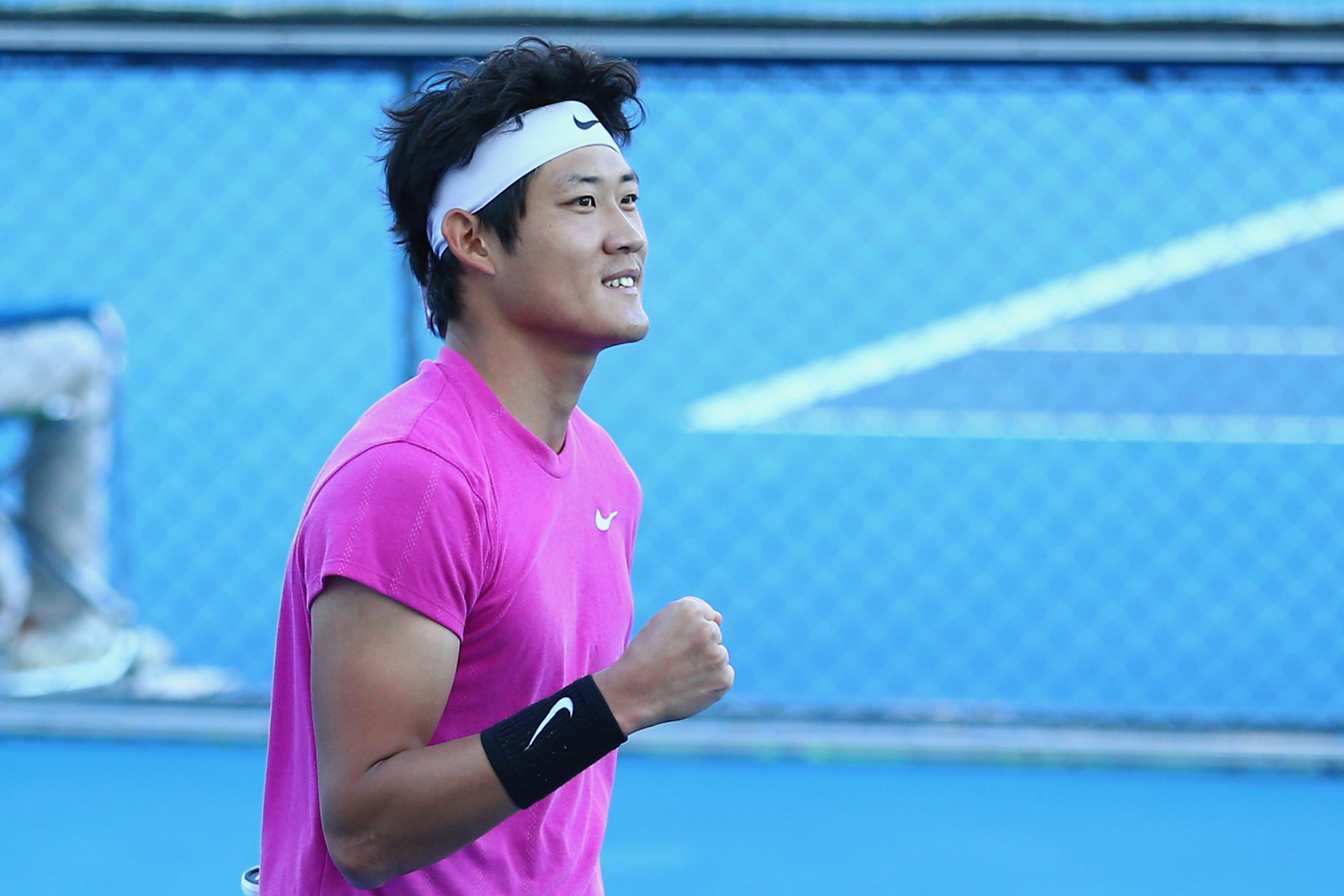 QTF-DOHA/ The qualifying rounds of the men’s event of the 2021 Australian Open began at the Khalifa International Tennis & Squash on Sunday with exciting actions on eight of the eleven courts of the ultra-modern sports complex.

The tournament recorded its first upset with the shocking straight-set (7-5, 6-3) defeat of ninth-seed Evgeny Donskoy of Russia by China’s Zhizhen Zhang, the World No. 169, in one of the most exciting matches of the day.

Meeting for the first time at any tournament, the 30-year-old Donskoy, ranked 122, was no match for the 24-year-old Zhang who fired six aces and six winners to Donskoy’s two respectively as he raced to victory in less than an hour on Court 1.

In another surprising result of the day, India’s Ramkumar Ramanathan, the World No. 188, dispatched 10th-seed and 125-ranked Facundo Bagnis of Argentina 7(8)-6(6), 7-5 to set up a penultimate round clash against Chinese Taipei’s Tung-Lin Wu, ranked 247, who defeated United Kingdom’s Jay Clarke in straight sets 6-2, 6-4.

This is the second encounter between the 26-year-old Ramanathan and the Rosario-born Argentine. The last time they met at the semi-final stage of the 2015 US Open qualifiers, luck was on the side of the 30-year-old Bagnis as he defeated his younger opponent in the tie-breaker.

Playing on Court 1, tournament’s 5th-seed, Taro Daniel of Japan, staged a comeback 2-1 (4-6, 6-2, 6-1) win against Dominican Republic’s Roberto Cid Subervi to advance into the second round where he is scheduled to meet Germany’s Maximilian Marterer. Marterer accounted for the 2-1 (4-6, 6-4, 6-4) exit of Argentine Marco Trungelliti on Court 6 earlier in the day.

With the win, the 27-year-old Florida-resident Daniel, who exited in the second rounds of last year’s Australian Open, extended his win-loss stat to 50-79.

The four-day tournament, which ends on January 13, is featuring 128 players fighting for the 16 slots available from the qualifiers of the season-opening Grand Slam scheduled for February 8-21 in Melbourne.

Meanwhile, Elias Ymer of Sweden, ranked 204, got the better of Australia’s Blake Mott in straight sets to book a Round 2 match against Switzerland’s Marc-Andrea Huesler, the 27th-seed, who earlier posted a 2-1 (6-3, 3-6, 6-3) win against wild-card entrant Akira Santillan of Australia.

Going by the draw, the winner of the Daniel/Marterer clash is set to meet either Ymer or Huesler in the final round for one of the main draw slots.

In the other matches of the day, Spain’s Mario Vilella Martinez made light work of his match against Italy’s Alessandro Giannessi with the 25-year-old World No. 186 defeating his Italian opponent 6-1, 6-3 in 61 minutes to book a second-round match against 19th-seed Francisco Cerundolo of Argentina.

On the other hand,  USA’s Ulises Blanch accounted for the 6-4, 6-1 defeat of Russia’s Andrey Kuznetsov while Serbia’s Viktor Troicki won 2-6, 6-2, 6-1 against 23rd-seeded Jurij Rodionov of Austria.

The ticket-free tournament is open to all, and spectators will be allowed in on a first-come, first-served basis as only 30 percent stadium capacity is allowed in line with the essential health protocols and guidelines occasioned by the prevailing global COVID-19 pandemic.

The tournament is being overseen by 64 line umpires, 18 chair umpires and five management officials drawn from across the world.