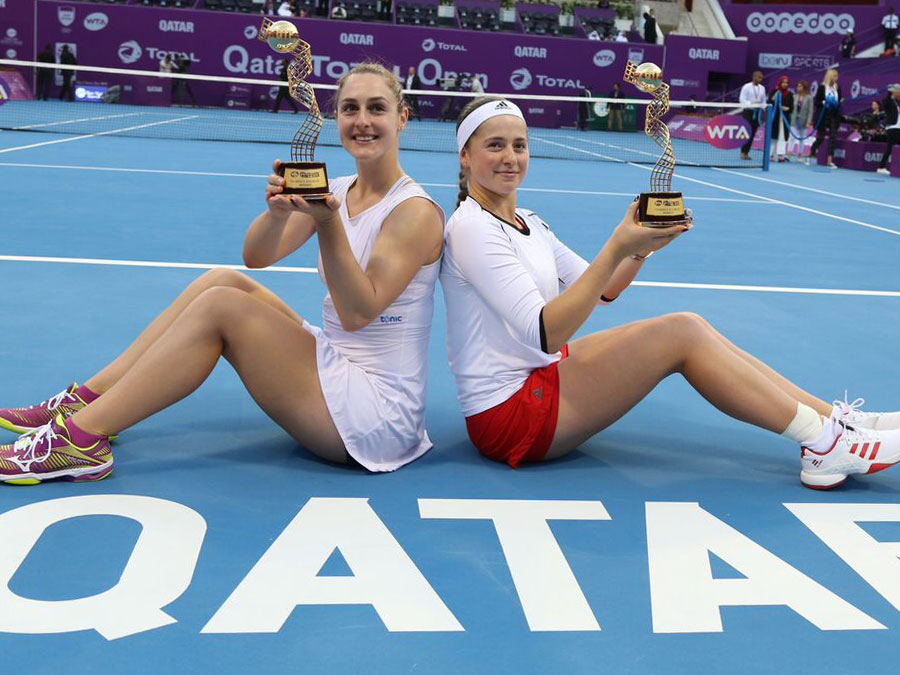 the superb pair of Gabriela Dabrowski and Jelena Ostapenko captured their first title as a team with a 6-3, 6-3 defeat of No.8 seeds Andreja Klepac and María José Martínez Sánchez in the doubles event also on Sunday.

It was just the fourth tournament the duo will be playing together.

The Canadian-Latvian duo had only played eight matches as a pair prior to this week – their partnership in Doha was the result of Dabrowski looking for a partner at the last minute after her regular teammate Xu Yifan suffered a back injury in St. Petersburg. “I’d played really well with Jelena before, and I was hoping she hadn’t been snatched up,” Dabrowski said.