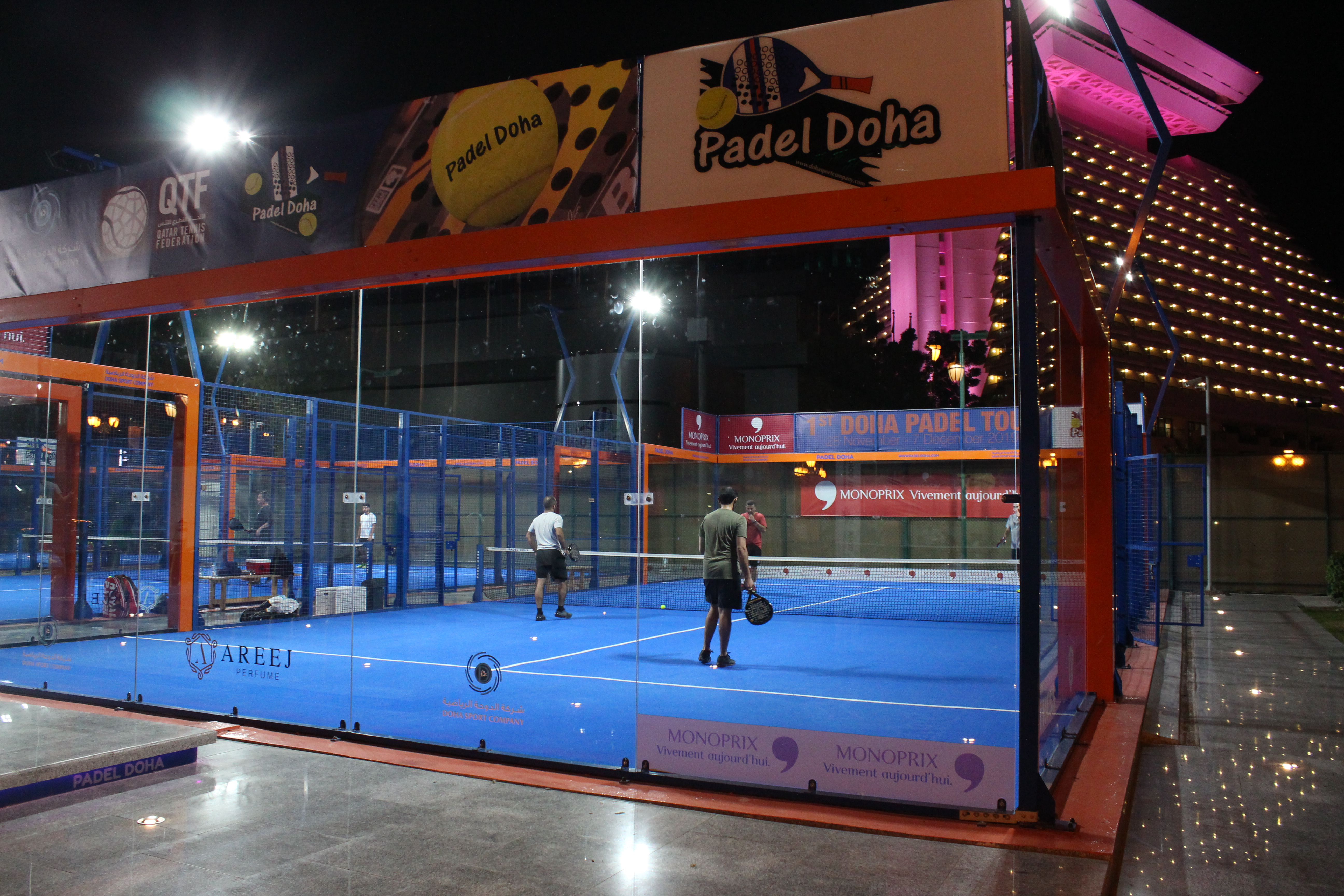 The competitions of Doha Men’s Padel Tour continued in style at Doha Sheraton Hotel Wednesday. The event is held under the umbrella of the Qatar Tennis, Squash and Badminton Federation (QTSBF) and Doha Sports Company with participation of 140 players.

In the final match, there will take on winners of the semifinals match between Abdulaziz Al Qahtani / Abdullah Al Bakri and Abdullah Al Dharan / Abdulhad Al Dosari.

Mohammad al Khenji and Abdullah Ahmed cruised to the semifinals after beating Faisal Al Sheaibi and Mohammad Al Sheabi 2-1 in the Intermediate Event.

In the advanced event, Abdullah and Sahel Aql qualified to the quarterfinals following their 6-2 6-0 victory over Tajaim Bmobo and Maro Berez.

The QTSBF Secretary-General Tariq Zainal hailed the success of Doha Padel Tour and its popularity and said, “The QTSBF and Doha Sports Company are keen to organize the tournament in light of their belief in the importance of sports and community activities.”

Zainal also applauded the role of Doha Sports Company in sponsoring the tournament and its contribution to promoting Padel in the state of Qatar.

It worth mentioning that Doha Padel Tour began on November 28 and will be concluded on December 07.