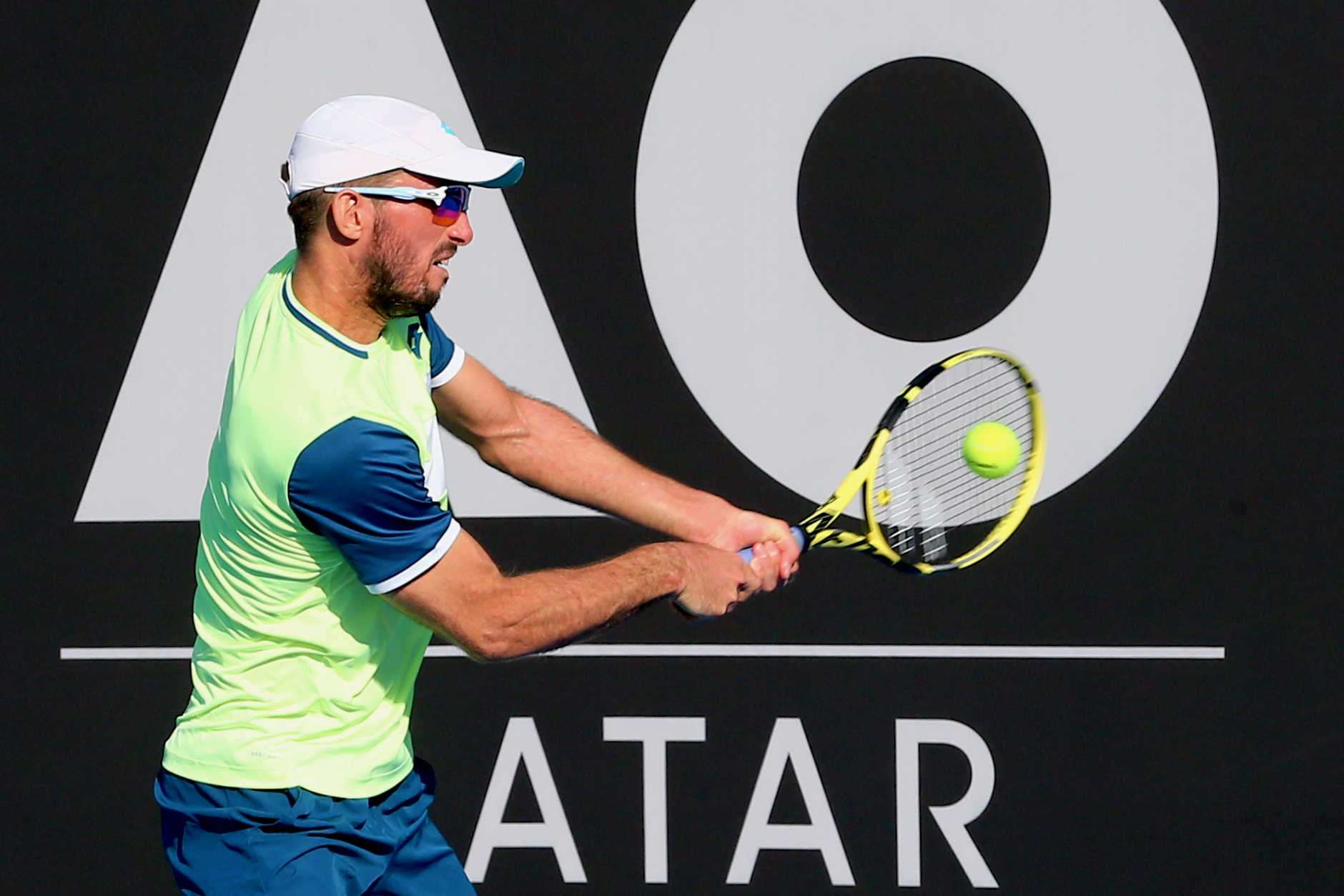 Former world No. 12 Troicki enters final round; Japan’s Daniel set to face Swedish Ymer for a slot in Melbourne

Former world No.12 Viktor Troicki is one step away from reaching the main draw of the 2021 Australian Open after dispatching American Ulises Blanch, 22, in straight-sets 7-5, 6-3 on Tuesday in the second round of the ongoing men’s qualifiers being held at the Khalifa International Tennis & Squash Complex.

The 34-year-old Serbian, who won the inaugural ATP Cup in 2020, becoming the first player in history to win all three major team competitions (Davis Cup in 2010 and World Team Cup in 2009 and 2012), dispatched his 246-ranked younger opponent in 94 minutes. Troicki won 89 percent of first serves and 65 percent of the second in the highly-entertaining encounter as he booked his ticket against Germany’s Cedrik-Marcel Stebe in tomorrow’s final round match.

Stebe, ranked 126, had ended the run of wildcard entrant Rinky Hijikata of Australia, winning 6-4, 6-2 on Court A earlier in the day.

Should Troicki, a quarter-finalist at the 2008 French Open, overcome the 30-year-old German in tomorrow’s final round, it would be his 12th appearance in Melbourne since 2008. He had only missed the first Grand Slam of the year in 2014 while serving a doping ban.

In the other highlights of the day, Australia’s Dane Sweeny, a wildcard entrant, walked over USA’s Denis Kudla, the No.4 seed, to book the final day ticket against Ukraine’s Sergiy Stakhovsky who defeated Australia’s Jason Kubler 7(7)-6(4), 6-4.

A fourth Australian Open appearance is looking very likely for the No.5-seed Taro Daniel of Japan after the 27-year-old Florida resident knocked out German Maximilian Marterer, ranked 209, 6-3,6-4. With the win, Daniel secured a final round ticket against fast-serving Elias Ymer of Sweden, who staged a comeback 2-1 (1-6, 6-3, 6-2) win against the 27th-seeded Marc-Andrea Huesler of Switzerland.

Seventh-seed Damir Džumhur, who made into the third round in Melbourne in 2014 and 2018,  meanwhile, trounced Germany’s Julian Lenz 6-2, 6-2 in one hour and eight minutes to advance into the last day of the four-day event in Doha.

Lenz broke his opponent’s serve only once, while the Bosnian player, on the other hand, managed to do it five times.

The 28-year-old Bosnian, ranked 118, is set to face Belgian Kimmer Coppejans, who defeated the 31-seeded Egyptian Mohamed Safwat in straight-sets, tomorrow for one of the 16 slots available from the qualifiers for the main draw in Melbourne.

Meanwhile, some upsets were recorded on the day with three seeded players – Slovenia’s Blaz Rola (seeded 32), Lorenzo Giustino of Italy (29th seed), and Spain’s Carlos Taberner (22nd seed) – crashing out of the tournament.

While Rola suffered a 2-1 (2-6, 7(7)-6(4), 3-6) defeat from the hands of Frenchman Mathias Bourgue, Giustino and Taberner were defeated in straight-sets by Croatia’s Borna Gojo and Dustin Brown of Germany respectively.

In the other match of the day, tournament’s second-seed Hugo Dellien of Bolivia withstood a second set rally from 232-ranked Andrew Harris of Australia to post a straight-sets 6-4, 7(8)-6(6) win in two hours and 3 minutes on Court A to book a final round clash against Spain’s Carlos Alcaraz – the 21-seed.

Tomorrow’s clash between the duo promises to be one of the major highlights of the four-day tournament as the 17-year-old Spaniard, ranked No.141, has been in splendid form over the past year. He won three ATP Challenger titles in 2020, and was voted the ATP Tour’s Newcomer of the Year.

A total of 128 players participated in the 2021 Australian Open men’s qualifiers which ends tomorrow, January 13. Sixteen main draw slots are up for grabs in Doha.