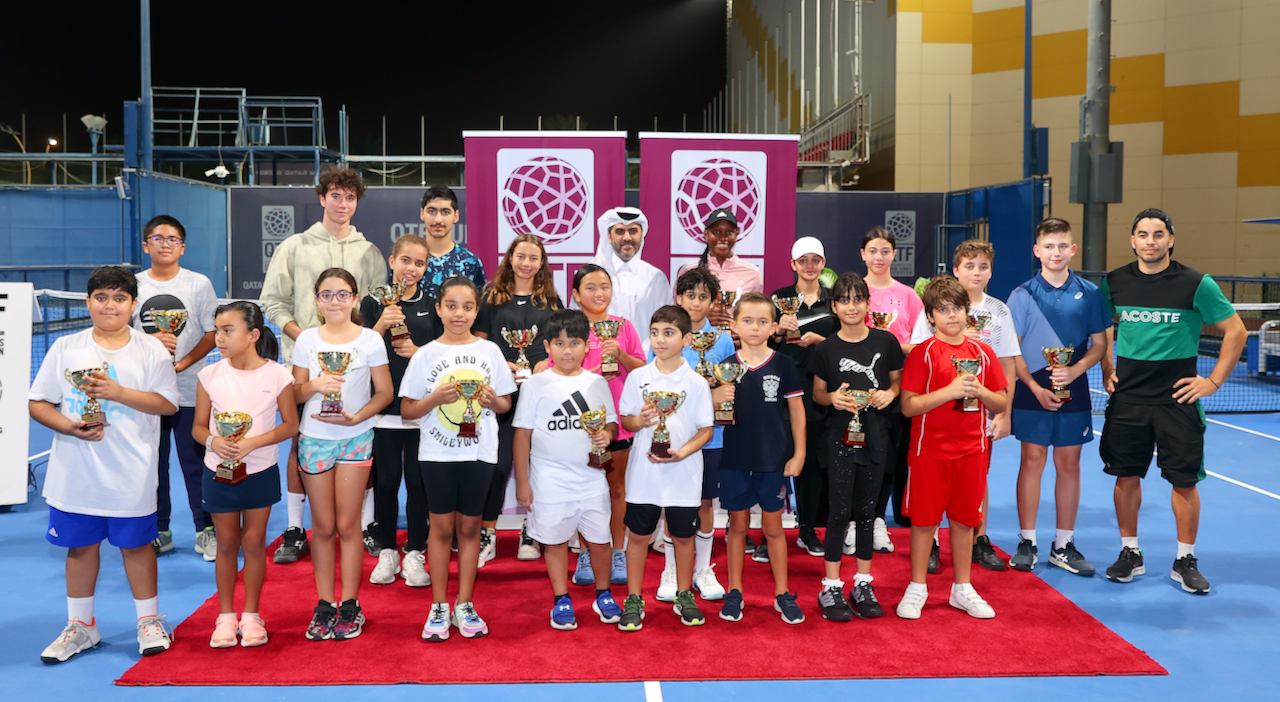 The medal ceremony was attended by Tareq Zainal, Secretary General of the Qatar Tennis, Squash and Badminton Federation. In attendance also was the tournament director Sultan Khalfan and player families.

Khadija Gassama took the first place in girls under 14 years event after beating Safia Al Thani in the final match.

For her part, Aya Souid hoisted the trophy of girls under 8 years event while Shama Al Thani took the second place.

Tareq Zainal, Secretary General of the Qatar Tennis, Squash and Badminton Federation congratulated the winners and wished them all the best in the upcoming events.

Zainal said that QTF Junior Open Tournament 2022 has achieved its goals as it has brought together more than 100 players.

Zainal also stressed that promoting tennis in the state of Qatar is one of our major priorities by organizing more local tournaments to provide more athletes with opportunity to participate in professional tournaments.