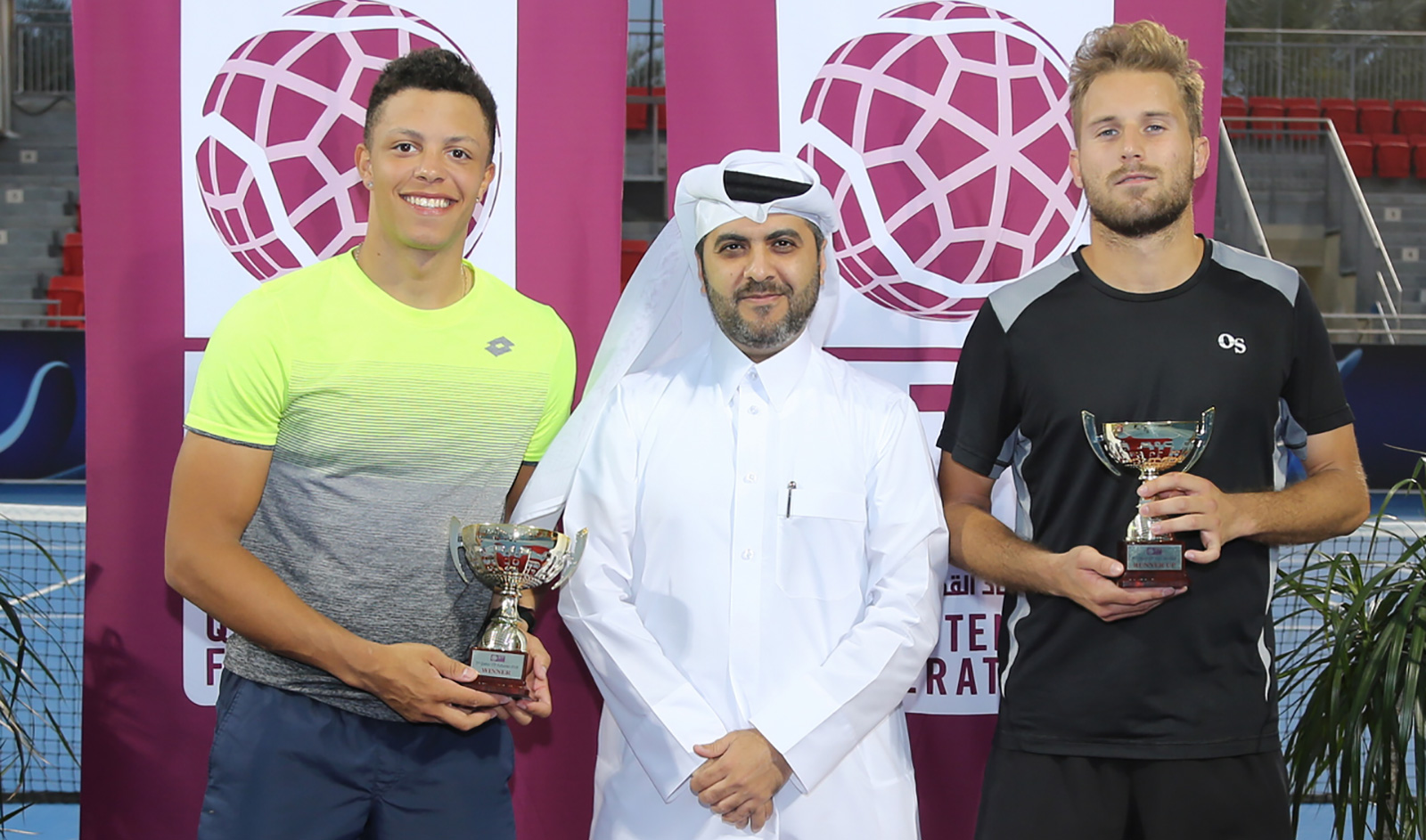 In the final match held on Saturday, Jay Clarke defeated Pietro Rondoni of Italy 6-1 7-5 to secure the title.

Last week, Clarke reached the final match of Qatar F2 Futures but he suffered a defeat at the hands of Benjamin Hassan of the Germany.

In Doubles Event, Fajing Sun of China and Chun Hun Wong of Hong Kong hoisted the trophy following their victory over the Czech duo of Marek Gengel and Matej Vocel 6-3 6-3.

The QTSBF Secretary General Tariq Zainal congratulated Jay Clarke on his victory and said, “The three tournaments brought together a huge number of young athletes who are aiming at collecting more ranking points.”

“The futures tournaments give the chance to our players take their first steps in their professional careers,” he added.