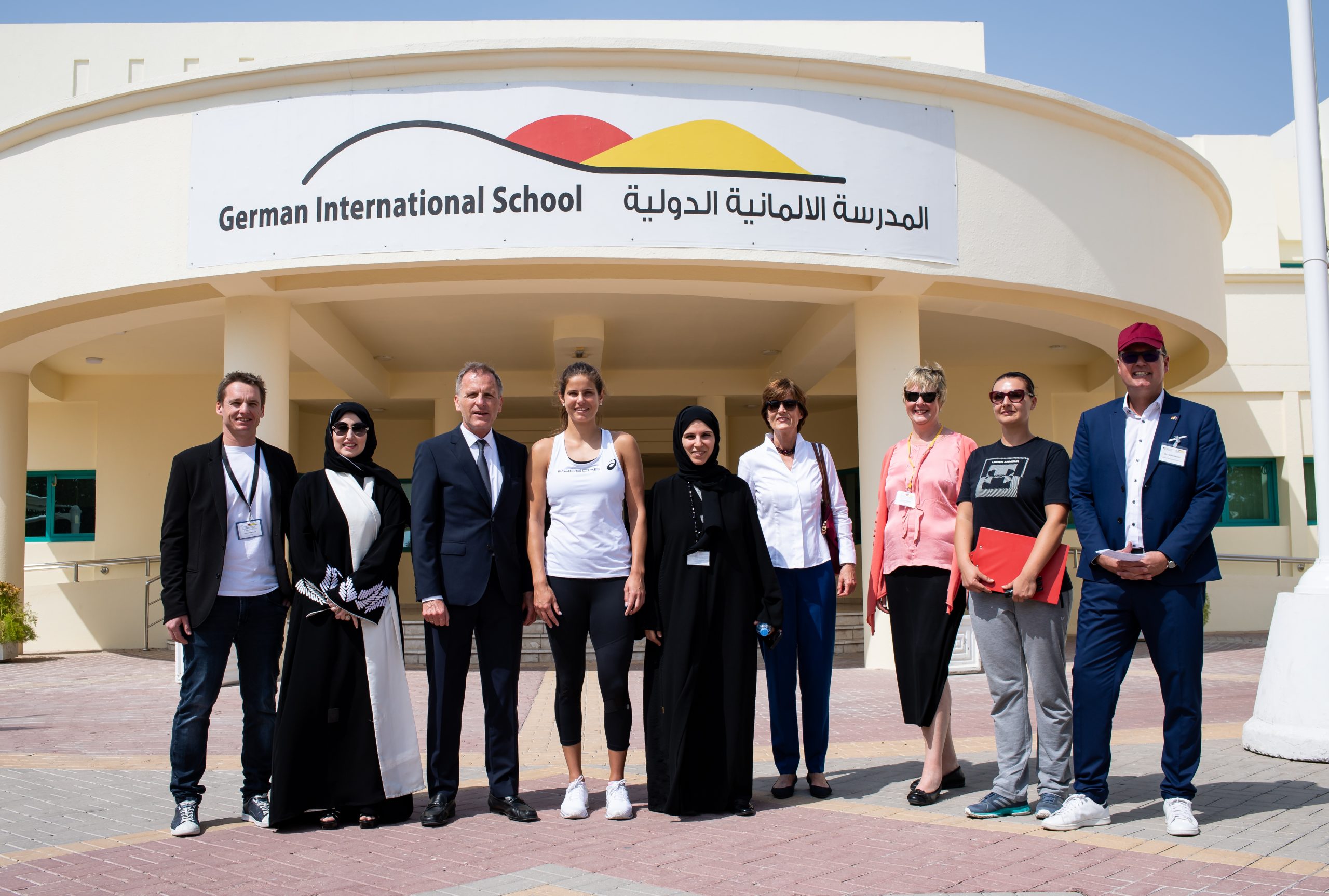 Julia Goerges, the World No. 36 and Germany’s second highest-ranked player, paid a courtesy visit to the German International School in Doha on Sunday.

The 31-year-old player, who is featuring at the Qatar Total Open 2020, was received on her arrival by His Excellency Ambassador Hans-Udo Muzel, the Ambassador of Germany to Qatar.

Several embassy officials, as well as members of the board, staff and students of the German International School in Doha including Ms. Rawda Al Zaidan Director of Private Schools Affairs  at the Ministry of Education and Higher Education and Lolwah Al Marri President of Women’s Sport Committee were also in attendance at the event.

The player was conducted round the school and she had an interactive session with the students who were very happy to receive her.

HE Ambassador Hans-Udo Muzel said, “The German Embassy is proud to join QTF and the German International School in welcoming German female tennis star Julia Goerges. Thank you, QTF for this great initiative! The German Embassy is always committed to promoting women empowerment through sports with its Qatari partners.”

Principal of the German International School of Doha Dirk Dillschneider said, “The whole school community was excited about the visit of the German top tennis player Julia Görges. The students welcomed her with full enthusiasm. I am thanking you, that Julia Görges took the time to show our students a short view on the life of a tennis professional female player. Good luck Julia Görges!”

The 31-year-old began playing tennis around the age of five and her tennis idol growing up was Martina Hingis, and she is also a fan of Roger Federer.

She will be up against Greece’s Maria Sakkari in her opening round match on Monday.