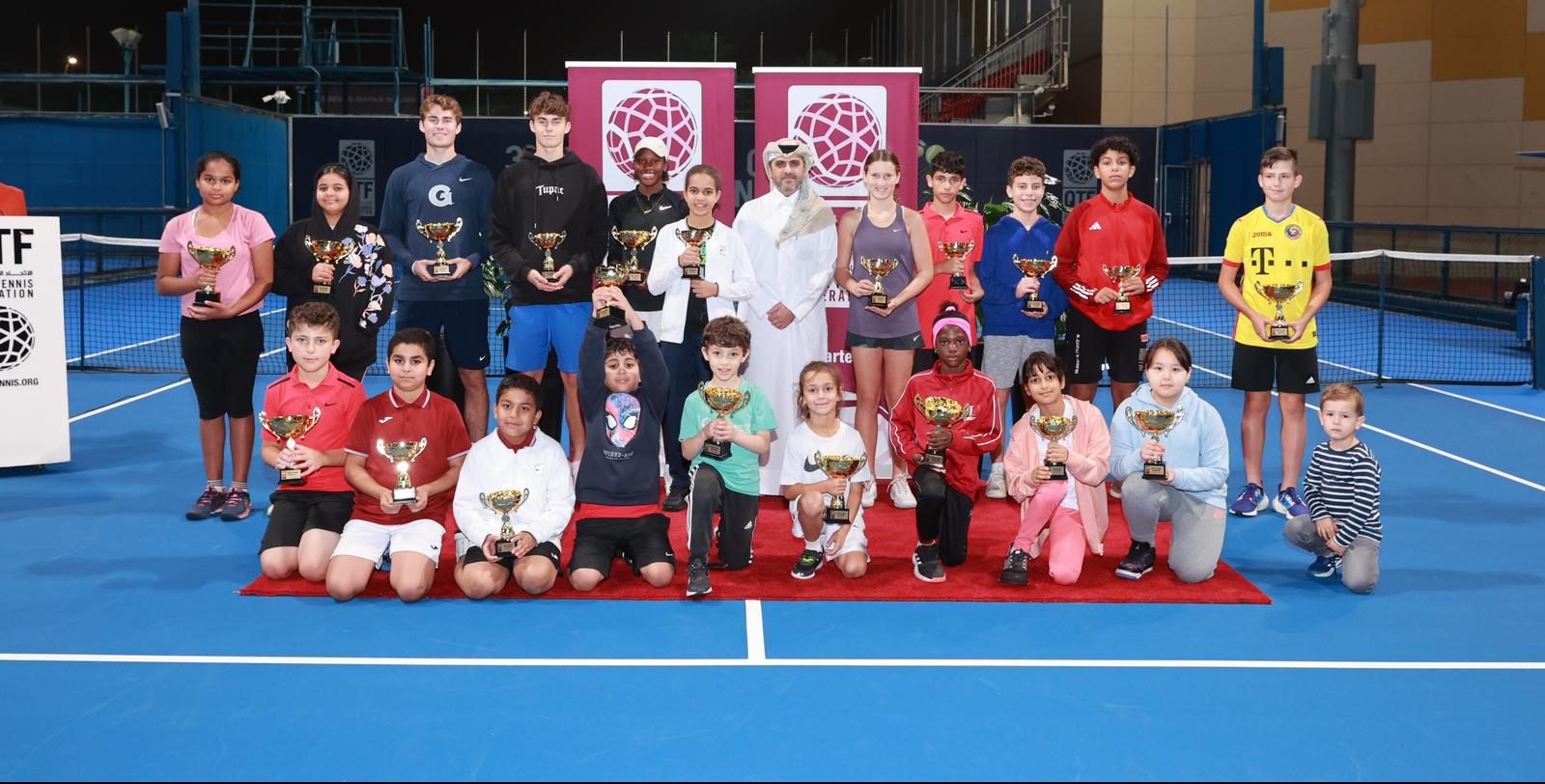 The medal ceremony was attended by Tareq Zainal, Secretary General of the Qatar Tennis, Squash and Badminton Federation and the players families.

Arthur O’Sullivan took the first place in boys under 18 years event after beating James O’Sullivan in the final match.

Dana Khalifa claimed the title of girls under 14 years event following her victory over Dana Al Sheikh in the final match.

Tareq Zainal, Secretary General of the Qatar Tennis, Squash and Badminton Federation congratulated the winners and wished them all the best in the upcoming events.

Zainal also stressed that the QTF calendar of events in 2023 will feature local, regional and international events for all age groups as promoting tennis in the state of Qatar is one of the major priorities of the QTF.