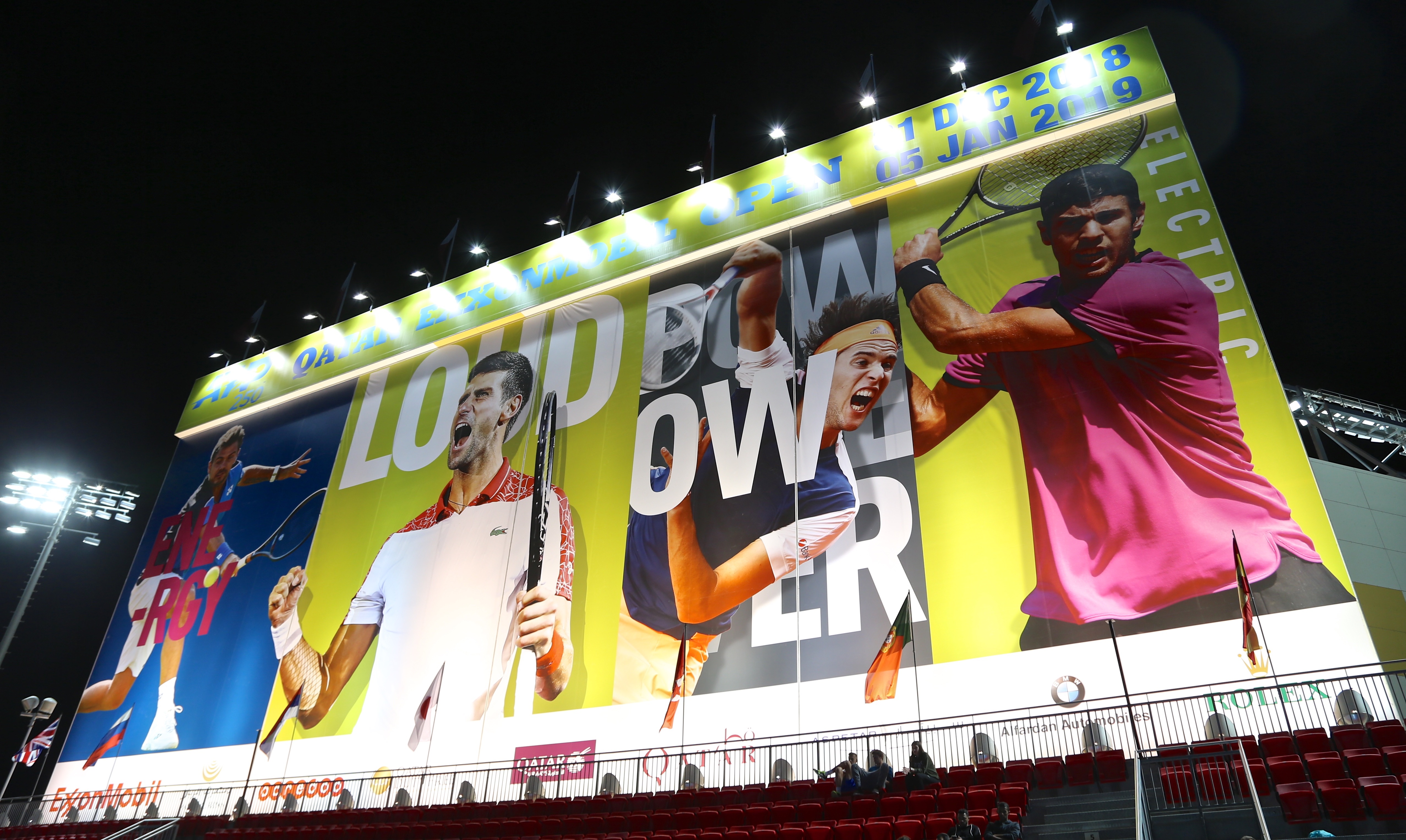 With less than three weeks to the start of the Qatar ExxonMobil Open 2019, the Khalifa International Tennis and Squash Complex in Doha, venue of the tournament, has started to wear a new look as the necessary branding materials are already being put in place.

As parts of the preparations, the courts are already getting the required facelifts while other facilities are being put in place to ensure another hitch-free and very successful week-long feast of tennis.

Novak Djokovic, the 2018 Wimbledon and US Open champion, tops the entry list of star players billed to feature at this year’s event. He will be joined by the likes Thiem, Nikolov Basilashvili,  David Goffin, Karen Khachanov and this year’s French Open semifinalist Marco Cecchinato.

The Qatar ExxonMobil Open is one of the season opening events of the ATP World Tour .

Tournament Director Karim Alami said: “Tennis fans are set to witness the best of their beloved sport once again as the world’s top players compete in Doha yet again. Qatar ExxonMobil Open has earned the reputation of being one of the best organized tournaments on the ATP tour and this year won’t be an exception. Fans are guaranteed the best of entertainment as they watch their beloved stars slug it out on the courts at the Khalifa International Tennis and Squash Complex.”

Meanwhile, tickets for the Qatar ExxonMobil Open 2019 are currently on sale online at www.qatartennis.orgor onsite at the City Centre, Landmark and Villaggio malls.