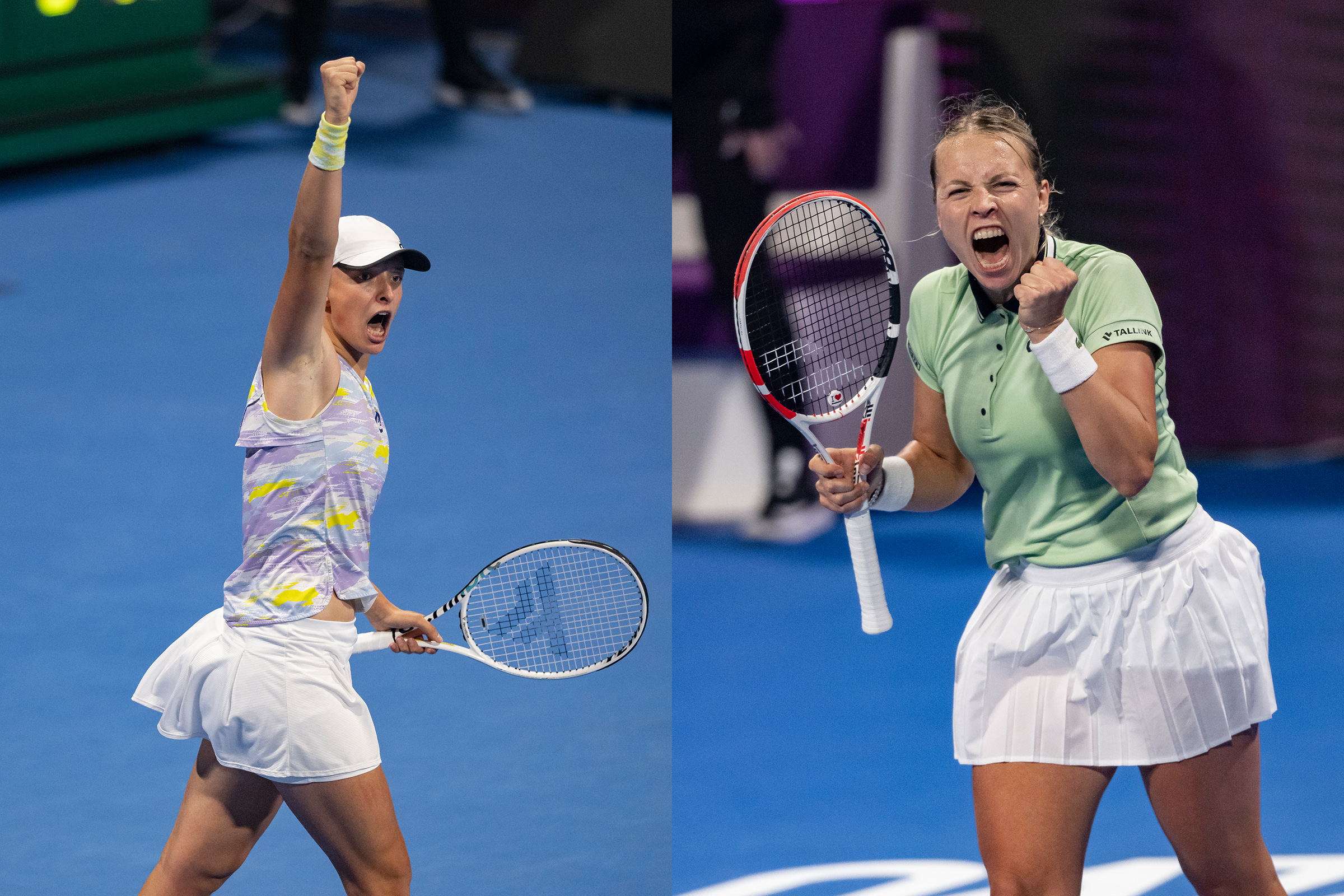 After six days of exciting tennis action, the stage is set for the Qatar TotalEnergies Open ultimate showdown with the No.4 seed Anett Kontaveit of Estonia and the No.7 seed Iga Swiatek of Poland locking horns in the final.
While Kontaveit’s seven-month hot streak continued with a 6-1, 6-4 defeat of No.15 seed Jelena Ostapenko in just 68 minutes in the semifinals, Swiatek, on the other hand, notched a breakthrough win over one of her toughest opponents, defeating No.6 seed Maria Sakkari of Greece 6-4, 6-3.
Friday’s result puts Kontaveit into her seventh final since last August, five of which she has converted into titles so far. The last of those was in St. Petersburg a fortnight ago, and the Estonian has extended her winning streak from that tournament to nine matches so far in Doha. Kontaveit also sealed a place in her second career WTA 1000 final following Wuhan 2018, where she was runner-up to Aryna Sabalenka.
Meanwhile, Swiatek advances to the Doha final for the first time.
The 2020 Roland Garros champion Swiatek will be going for her fourth career WTA singles title while Kontaveit seeks her seventh.
The pair have met four times in their career, and the wins are evenly split between them, with Swiatek winning the last two encounters in 2021.