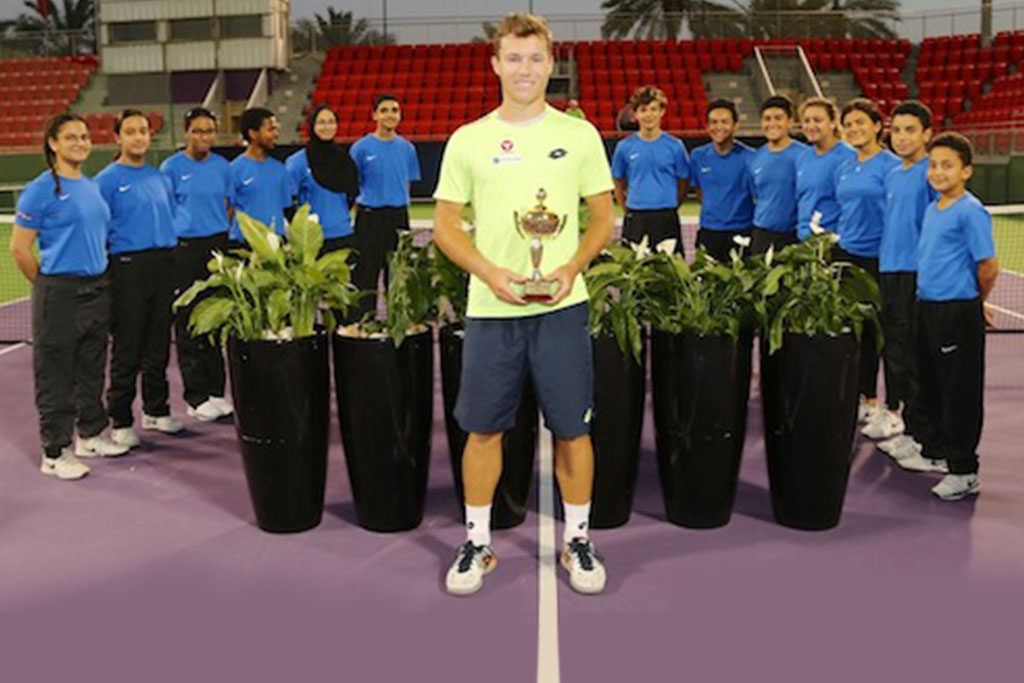 In the final match held at the Khalifa International Tennis and Squash Complex on Saturday, Lucas Miedler defeated Jonas Merckx of Belgium 6-3 6-3.

The crowning ceremony was attended by the QTSBF Secretary General Tariq Zainal and Director of Local Tournaments Sultan Khalfan.
On the other hand, Hubert Hurkacz of Poland teamed up with Milos Sekulic of Sweden to claim the title of doubles event after beating Anderson Reed of USA and Sem Verbeek the Netherlands.

The QTSBF Secretary General Tariq Zainal congratulated the winners and the other players who have participated in the Qatar F3 Futures Tournament organized by the QTSBF.

Zainal also lauded the efforts made by all the committees to organize such a successful tournament and stressed that the federation is keen to organize this category of tournaments to provide the Qatari players with the opportunity to improve their levels.