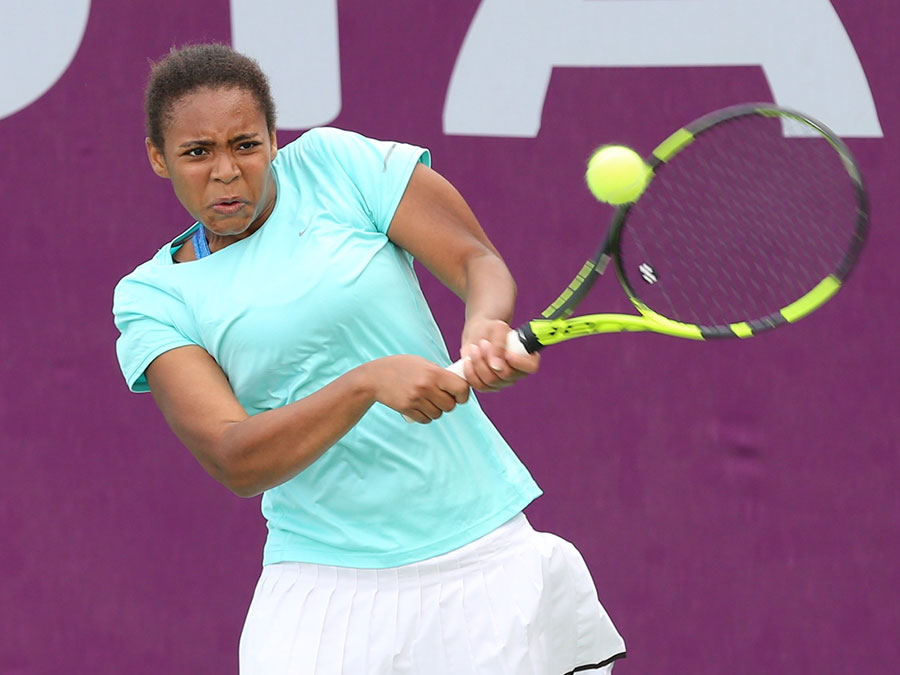 The Qatar Tennis Federation gave a wild card to Qatar’s Mubarka Al Nuaimi to participate in the qualifying rounds of 2018 Qatar Total Open.

The seven-day fiesta of tennis will be held from February 12 to 18 at the Khalifa International Tennis & Squash Complex in Doha.

This is the second appearance for the 17 years old Mubarka Al Nuaimi in the tournament as she participated in the doubles event of the last year’s edition alongside Oman’s Fatima Al Nabhani.

“I want to thank the Qatar Tennis Federation for giving me this opportunity to particiate in Qatar Total Open for the second time in a step that reflects the belief of the federation in the abilities of its players” Al Nuaimi said.

“I promise the federation which trusted me to show my best and to benefit from this experience as the tournament will feature the participation of the best players in the world” she added.

For his part, Tournament Director Saad Al Mohannadi said “Giving the wild card to our national team player Mubarka Al Nuaimi comes in light of our strategy to invest in the Qatar players as they are the future of the Qatari tennis”

“The federation is keen to give the chance to its Qatari players to participate in this event, so we decided to give the wild card to Al Nuami wishing she can benefit from this great experience”

Former world number one Maria Sharapova of Russia, the 2005 and 2008 champion, as well as 2012 and 2013 champion Victoria Azarenka of Belaraus have also been granted a wildcard entry to contest in the main draw of the tournament.

Other wildcard entrants for the main draw are Oman’s Fatema Al Nabhani and Cagla Buyukakcay of Turkey.

The sensational Player Field will feature World No 1 Caroline Wozniacki, who will come to Doha as the new WTA World No.1 after winning her first-ever Grand Slam in Australia defeating Halep in an epic battle. Germany’s Angelique Kerber and rising star Jelena Ostapenko among others will also particiate in the Doha event.