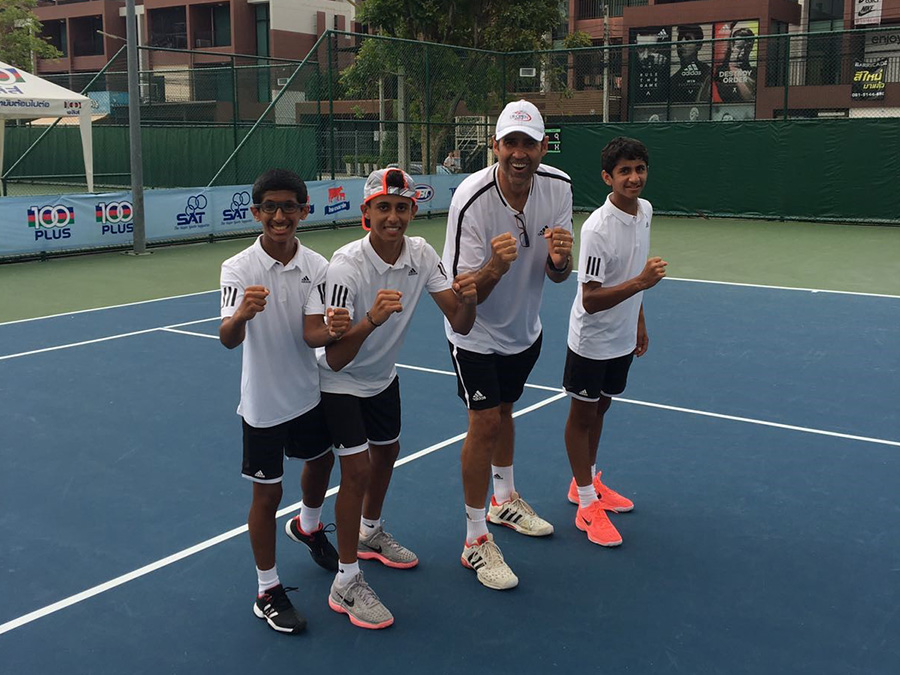 The Qatari under 14 years tennis team began their campaign in the Asia-Oceania Final Qualifying event of World Junior Tennis Competition in Bangkok, Thailand with a 2-1 victory over Kazakhstan.

In their next encounter, the Qatari team will take on host Thailand.

The state of Qatar is represented by Rashed Nawaf, Ibrahim Al Sulaiti and Nasser Al Yafaie. Ahmad Al Obaidli chairs the Qatari delegation to the event.

The 16 teams are drawn into four round-robin groups of each event before the top 2 teams in each group progress to the quarter-finals where a knock-out competition decides the champion.

Top 4 teams of each events will qualify automatically to finals which will take place in Czech Republic in August.

Khalid Al Khelaifi, Board Member of the Qatar Tennis, Squash and Badminton Federation and Chairman of National Teams Committee said, “The qualifying event is so strong as it features the participation of the best teams in Asia”

“We are confident that our player will do whatever does it takes to qualify to the World Junior Tennis Competition” Al Khelaifi added.