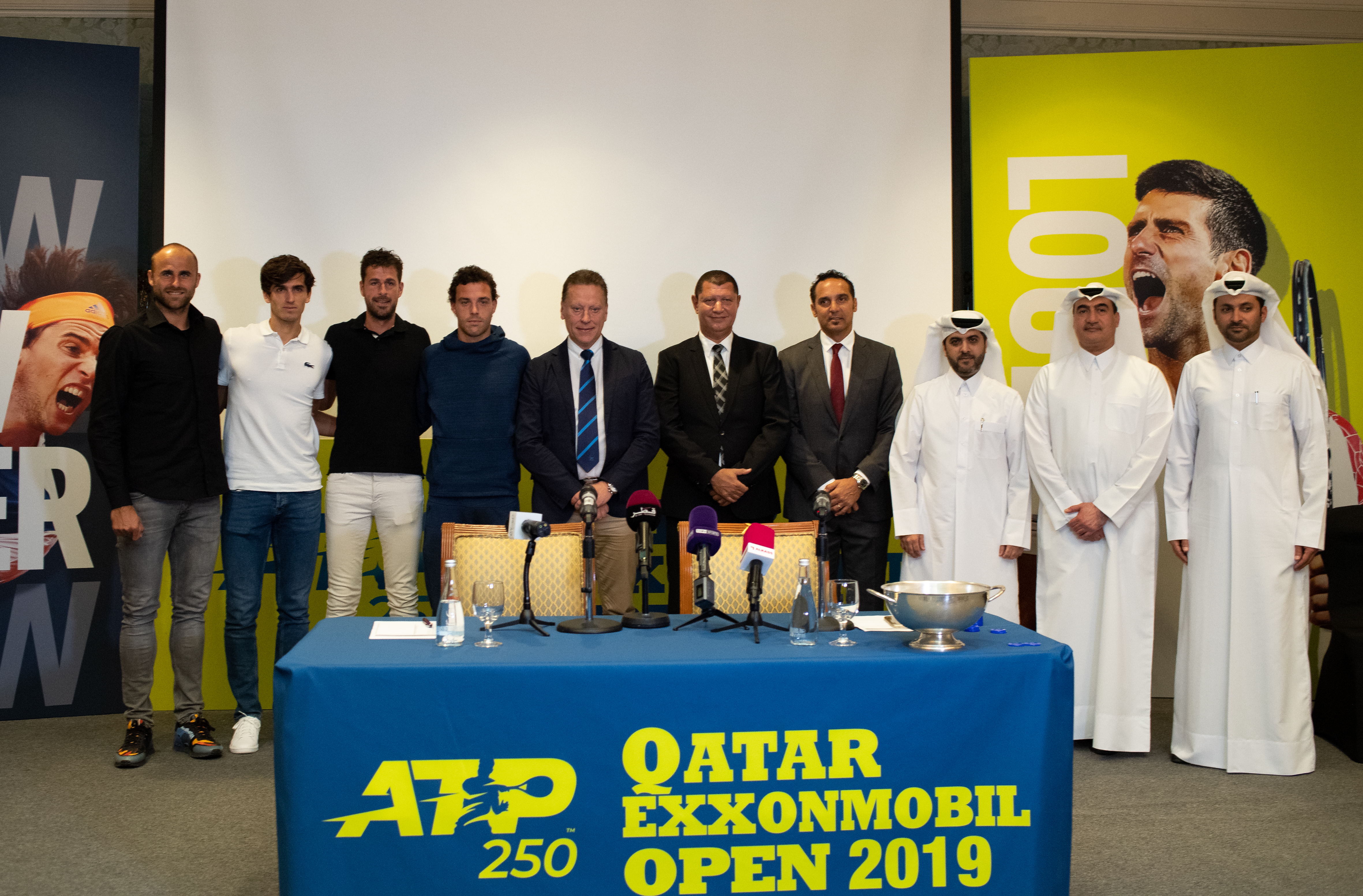 World No. Novak Djokovic, a two time winner here, will start his season at the Qatar ExxonMobil Open with a match against Damir Dzumhur of Bosnia and Herzegovina while second seed Dominic Thiem will be up against Pierre-Hugues Herbert of France as the tournament kicks on Monday.

The tournament which will be held at the Khalifa International Tennis and Squash Complex will witness performance from some of the world top players including Nikolov Basilashvili, David Goffin, Karen Khachanov and this year’s French Open semifinalist Marco Cecchinato.

The draw ceremony of the Qatar ExxonMobil Open 2019, a $1.3 million total purse event, was held at the Four Seasons Hotel in Doha on Saturday.

In attendance at the draw were Tareq Zainal, General Coordinator of the tournament, Tournament Director Karim Alami as well as QTSBF Executive Director Saad al Mohannadi and officials of Qatar ExxonMobil Open.

Players at the event are Netherland’s Robin Haase, Italy’s Marco Cecchinato, Marius Copil of Romania and Herbert of France.

With the result of the draw, Stan Wawrinka of Switzerland will play against Russia’s KarenKhachanov while Belgian Roberto Vautista Agut, the seventh seeded player, will square it up against Matteo Berrettini of Italy.

A total of 32 players vying for honour and glory in the Singles while 16 teams are in the doubles.

Tareq Zainal, General Coordinator of the tournamentsaid, “We are all set and fully prepared. We are all waiting for the spectators to make it another exciting event. The QTF also hopes for all success to the players. The Qatar ExxonMobil Open is one of the biggest tournaments of the region and we are happy to prove ourselves year after year.”

“This tournament is a great achievement not only because of the world class players on parade but it also underlies Qatar’s capacity to organize very successful international sports events. We have been hosting this tournament for over 27 years now, and it has become a part of our culture. We wish all the best to the players.” Tournament Director Karim Alami said.