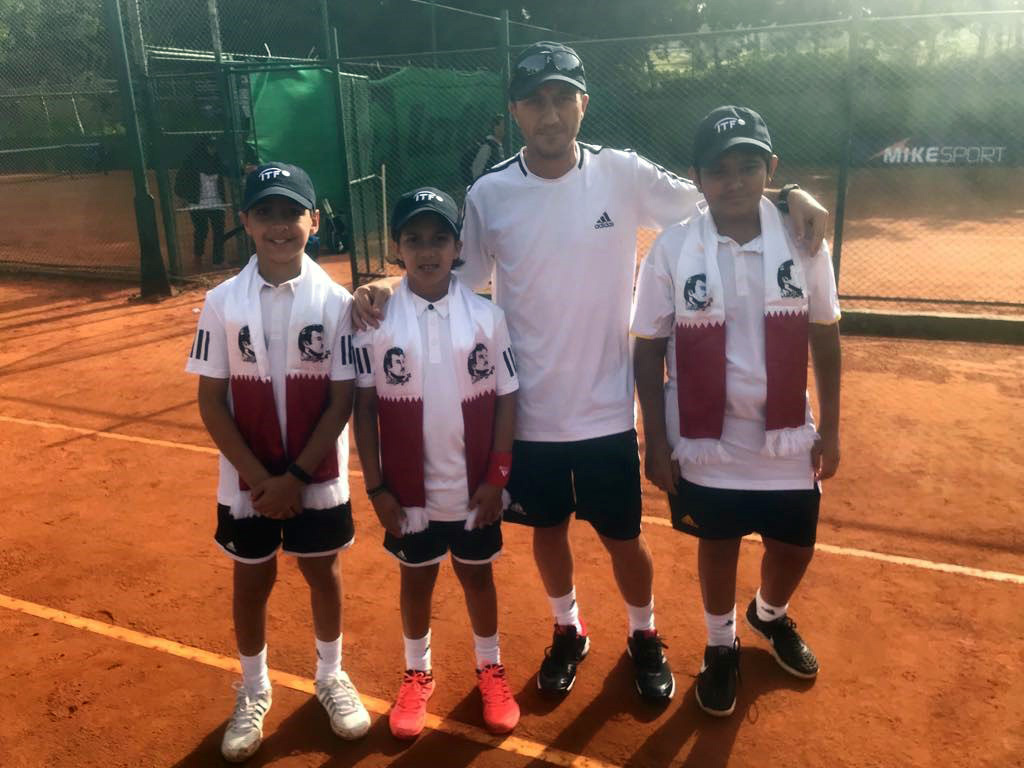 The Qatar junior tennis team qualified to the semifinals of the U12 West Asia Regional Qualifying event after beating Syria 2-1 on Wednesday.

The Qatari team began their campaign in the tournament with a 2-1 victory over Yemen Tuesday.

As per the draw held recently, the Qatari team were pitted in group (A) alongside Iran, Syria and Yemen while Group (B) includes Lebanon, Jordan and Iraq.

The two top teams in the qualifying event will quality to the 2018 ITF Asian U12 Teams Championships to be staged in Kazakhstan in November.

The Qatar team claimed the first place in the last year’s west Asian qualifying event held in Lebanon and took the second place in the ITF Asian U12 Teams Championships held in Kazakhstan.

The Qatar Tennis, Squash and Badminton Federation Board Member and Head of National Teams Committee Khalid Al Khelaifi said, “We are proud of our players as they are not only representing the junior team but the future of the Qatari Tennis”

“As a federation, we have a number of world class program to develop the Qatari players to be able to compete at international level” He added.