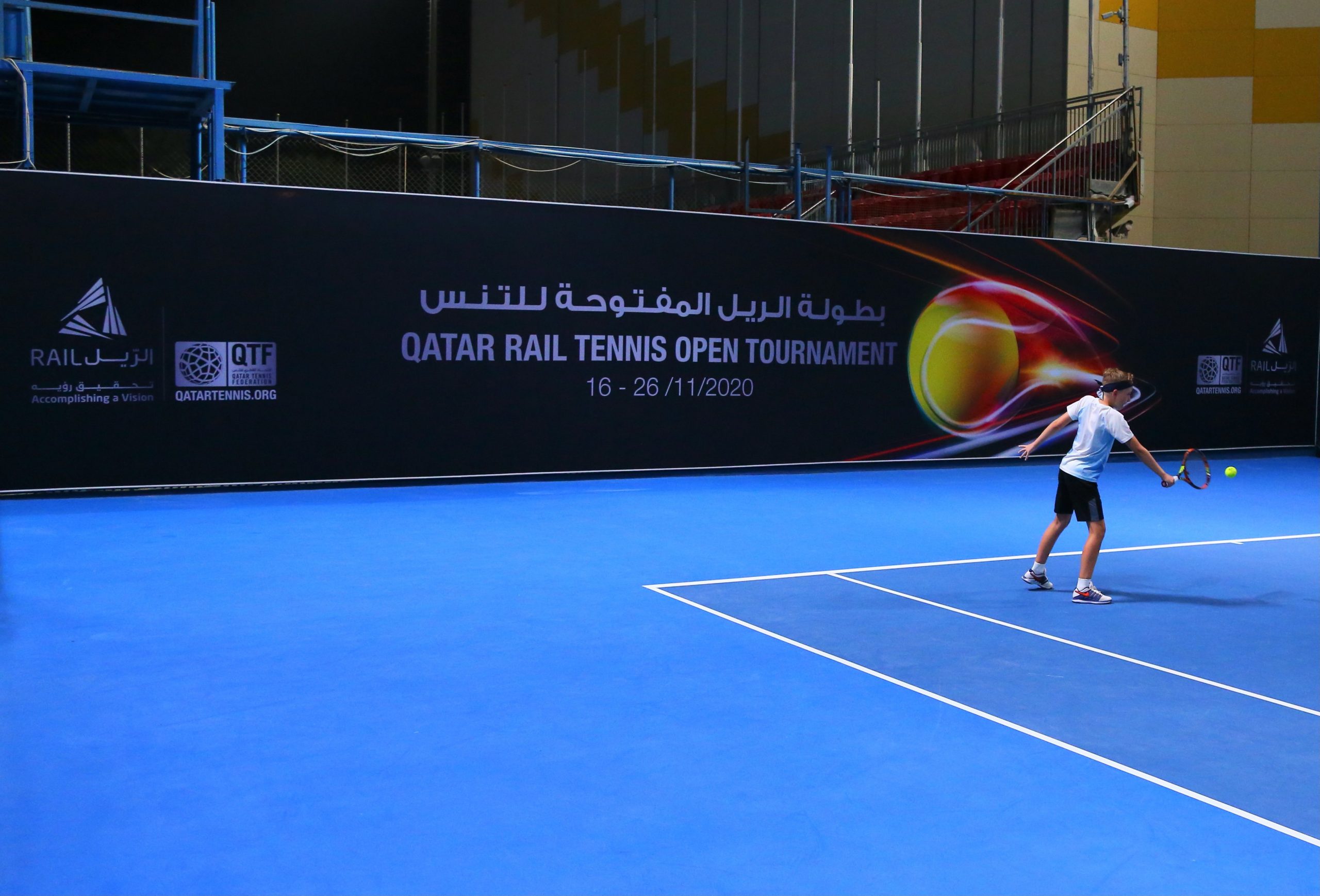 The third edition of Qatar Rail Tennis Open Tournament continues in style at the Khalifa International Tennis and Squash Complex on Friday.

The tournament brings together 250 players where are competing in different age groups including boys and girls under 8, 9, 10, 12, 14 and 18 years in addition to men, women and veterans competitions.

Qatar’s Nasser Al Khelaifi qualified to the quarterfinals of boys under 14 years event after beating Nasser Al Motawa in the second round.

Sultan Al Malki made it to the same round after beating Abdellatif Derbala 6-0 6-1 in the second round.

Ghanim Al Sulaiti secured his place in the quarterfinals following his straight set victory over Gabriel Perez in the second round.

In boys under 10 years event, Qatar’s Hadi Al Sharshani defeated Per Eduard Elblaus in second round to reach the quarterfinal while Faisal Al Shamari qualified to the same round following his victory over Charbel Chemaly.

The QTSBF Secretary General Tariq Zainal, said “We are excited to organize a new edition of the tournament in cooperation with Qatar Railways Company which provides our athletes with opportunity to player in a competitive atmosphere”

The tournament comes light of the cooperation between the QTSFB and Qatar Railways Company.