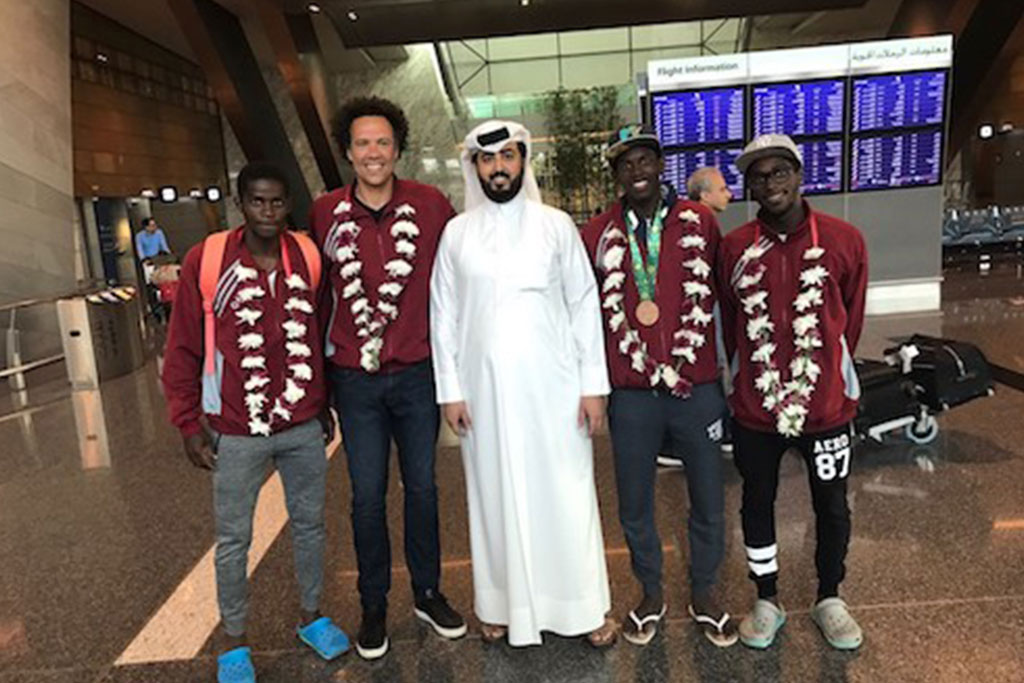 The players of the Qatari Tennis Team were given a festive reception upon their arrival at Hamad International Airport on Tuesday after participating in the 2017 Islamic Solidarity Games held in Baku, Azerbaijan.

Khalid Al Khelaifi, Chairman of the QTSBF National Teams Committee said, “The achievement came as a result for the efforts made by the coaching and administrative teams of the federation to develop and promote tennis in the state of Qatar.”