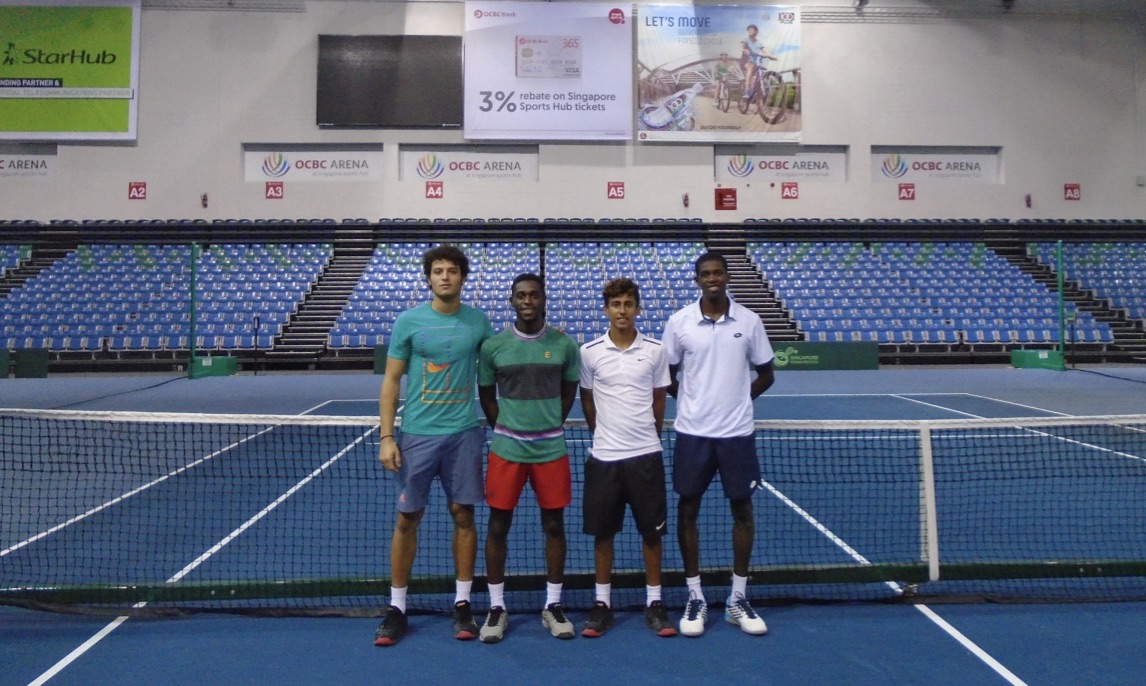 Qatar to take on Malaysia in Davis Cup

The Qatari men’s tennis team will take on their Malaysian counterparts on Wednesday at the beginning of their campaign at the 2019 Davis Cup Asia/Oceania Zone Group III being held in Singapore from June 26-29.

The draw of the event was held on Tuesday as Qatar was pooled in group (A) alongside Iran, Syria, and Malaysia while Group (B) includes Vietnam, Kuwait, Sri Lanka and hosts Singapore.

The draw was attended by Head of Qatar’s delegation to the event Ahmed Sultan Al Obaidli and Qatar’s Captain Sultan Khalfan.

On the other hand, the technical meeting of the tournament was also held on Tuesday with attendance of Qatar’s captain Sultan Khalfan. The meeting focused lights on all the technical aspects of the event.

The Qatari men’s team held their final training session in preparation for the event on Tuesday. The training session which lasted for one and half hour was held at the main indoor hall in Singapore.

Khalid Al Khalaifi, Chairman of National Teams Committee at the Qatar Tennis, Squash and Badminton Federation called upon the players to do their best and qualify to the Group II.

Ahmed Al Obaidli, Head of Qatar’s delegation to the event said that our main goal is qualifying to the group II but he stressed that the mission will not be easy as the event features the participation of strong national teams.

Al Obaidli added that the federation is confident that the players are able to reach our goal as they have the required experience to do so as a result of the training strategy developed by the national teams’ committee.

Sultan Khalfan, Captain of Qatar’s national team said that Qatar was pooled in a strong group including Iran, Syria and Malaysia but he stressed that the Qatari players are able to qualify to Group II.

On the other hand, the Singapore Tennis Federation held a dinner banquet in honour of the participating delegations.