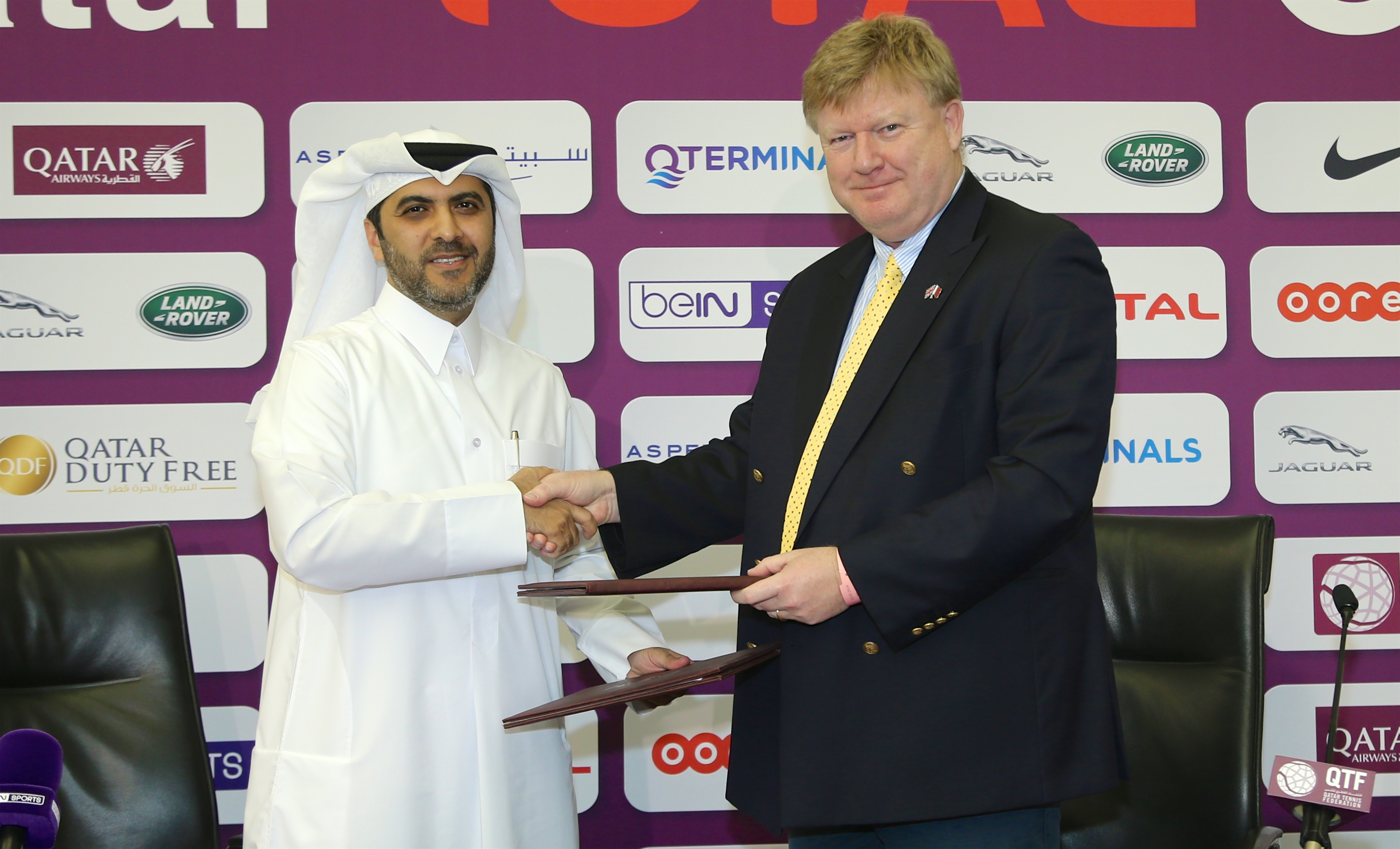 The Qatar Tennis Federation has signed a new partnership contract with QTerminals to sponsor Qatar Total Open, being organized yearly by the federation with participation of the world’s top players.

The press conference that announced this partnership was held on the sidelines of the 2019 Edition of Qatar Total Open.

In attendance were, the QTSBF Secretary General Tariq Zainal and Mr. Nivelle Bissett the CEO of Q- Terminals

As per this new partnership, QTerminals will join list of sponsors supporting Qatar Total Open.

On this occasion, QTSBF Secretary General Tariq Zainal said: “It is also my pleasure to announced that QTerminals will join the list of sponsors of Qatar Total Open”

“Qatar Total Open has become one of the most important tennis tournaments in the region and through the cooperation with our partners, we hope our tournament can reach new levels of success and help promote Doha as a major destination for hosting international sporting events.” He added.

Zainal also emphasized that this partnership reflects the commitment of the federation and QTerminals to develop tennis in the state of Qatar and support Qatar Total Open which became one of the most prominent tennis in the region and world.

Tareq took the opportunity to extent sincere thanks to Qterminals led by Mr. Nivelle Bissett to choose Qatar Total Open as their first initiative of such.