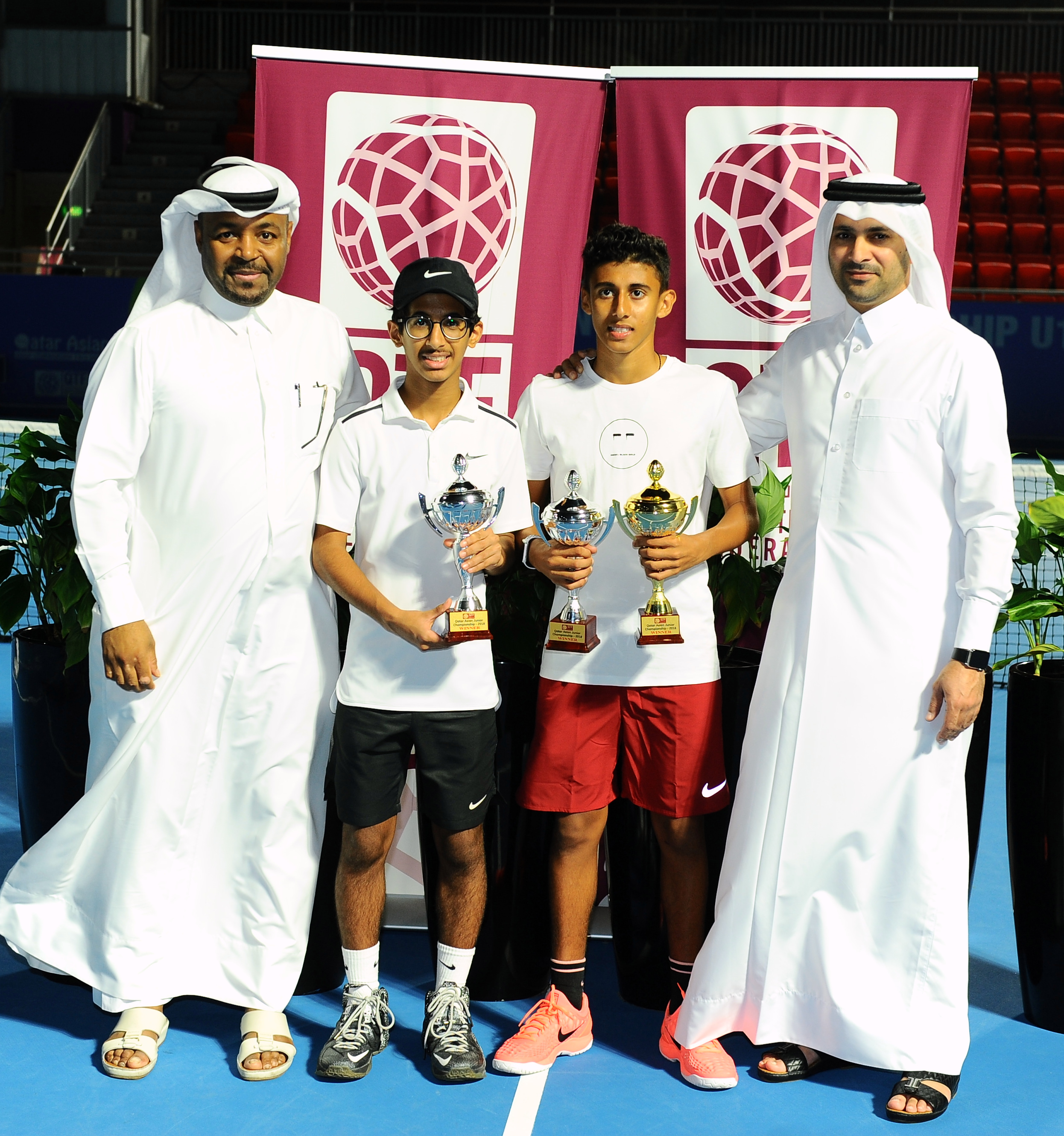 Qatar’s Rashed Nawaf and Nasser Al Yafei claimed the titles of singles and doubles events at Qatar Asian Junior U14 Championship organized by the Qatar Tennis, Squash and Badminton Federation (QTSBF) with participation of 60 players.

In doubles event, Rashed Nawaf teamed up with his compatriot Nasser Al Yafei beat Taym Alazmeh of Syria and Fadi Bidan of Lebanon in the final match.

In girls singles event, Maria Breidy of Lebanon claimed the title after beating Aliya Abbas of Moldova 6-3 6-1 in the final match.

Saad Al Mohannadi congratulated all the winners and stressed that he is proud of the two Qatari titles won by Rashed Nawaf and Nasser Al Yafei in the championship.

For his part, Rashed Nawaf was delighted by winning the two titles of the championships and applauded the support given to him by the QTSBF.

He also reaffirmed that he is aiming to winning more titles in the new sports season.