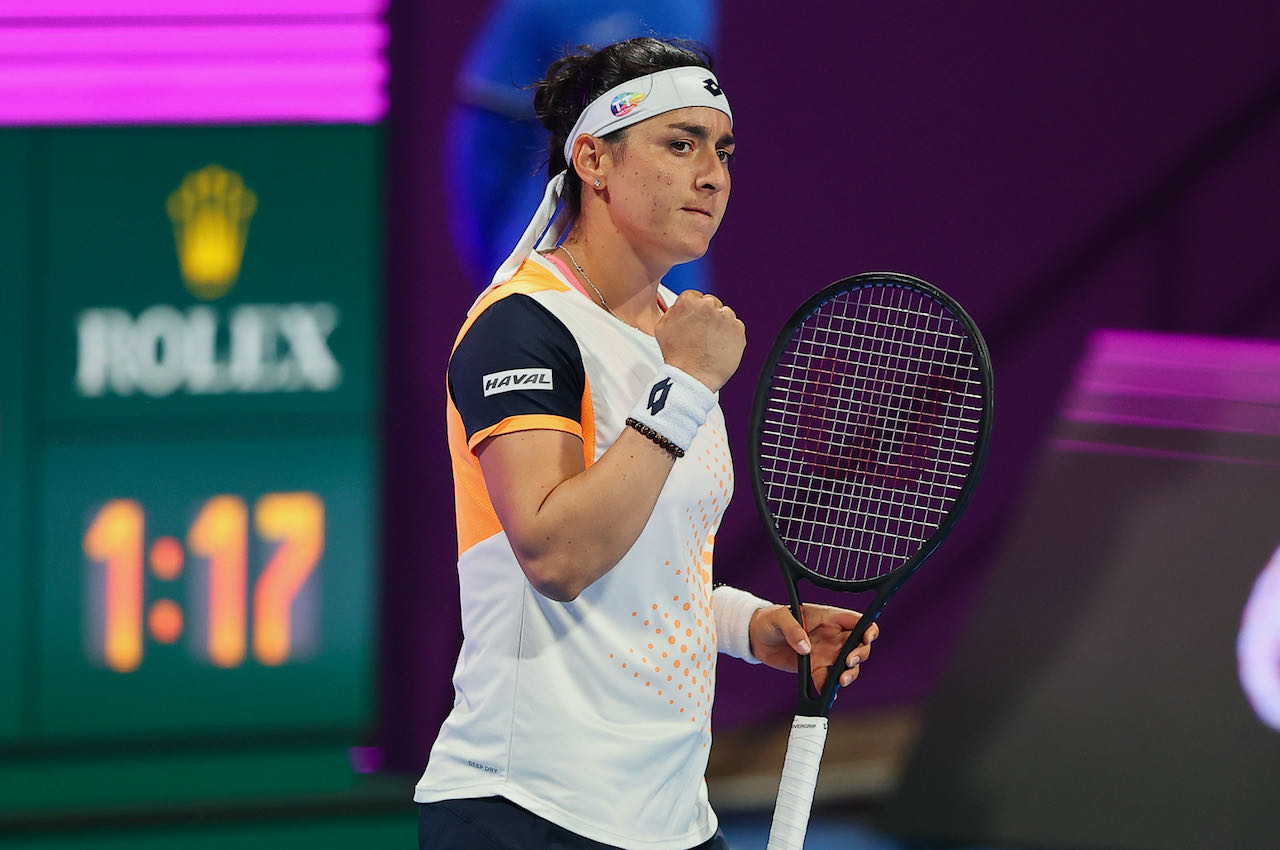 Sabalenka downs Cornet; Jabeur advances into round of 16 as Azarenka withdraws

Top-seed Aryna Sabalenka defeated Alize Cornet 6-2, 6-2 in 74 minutes on Tuesday to secure a round of 16 berths where she will be up against Jil Teichmann. The Belarussian committed just four double faults and did not face a single breakpoint. She also won 15 of 23 points on Cornet’s second serve.
No. 8-seeded Ons Jabeur endured a sluggish start before recovering and repelling qualifier Aleksandra Sasnovich 1-6, 7-5, 6-3. Next up for Jabeur is Tereza Martincova, a 6-2, 6-4 victor over lucky loser Arantxa Rus.
No.15 seed Jelena Ostapenko of Latvia won her seventh straight match by outlasting Amanda Anisimova of the United States 6-3, 4-6, 6-4 in the second round of the Qatar TotalEnergies Open on Tuesday.
Back in the Top 20 for the first time since October 2018, former Roland Garros champion Ostapenko is now in the Doha round of 16 after her 1-hour and 39-minute victory over Anisimova.
Meanwhile, Madison Brengle of the United States moved into the round of 16 after No.12 seed, and two-time Doha champion Victoria Azarenka of Belarus withdrew from their scheduled second-round clash.