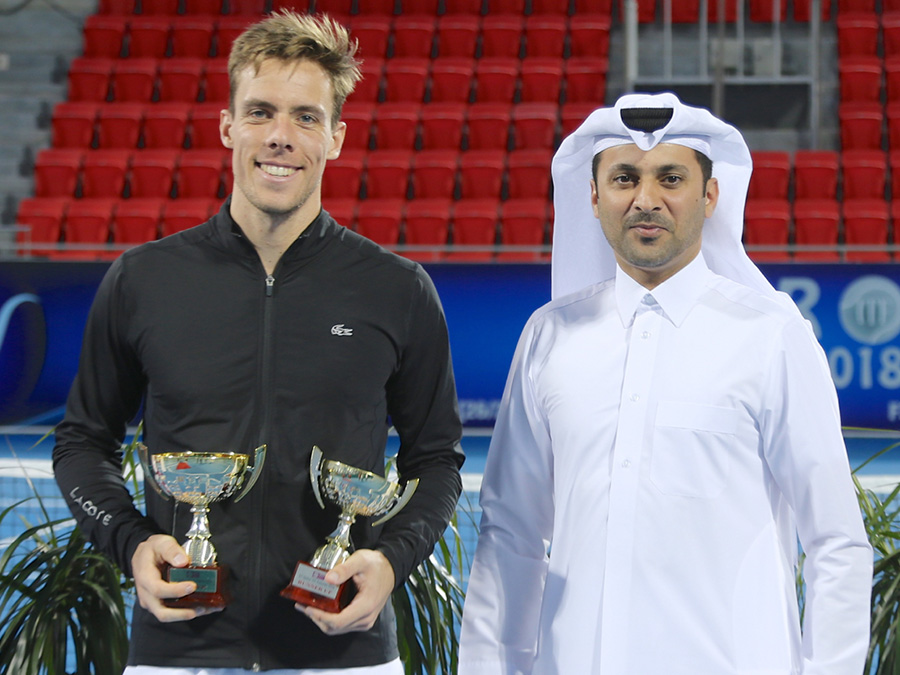 The competitions of Qatar F1 Futures were concluded at the Khalifa International Tennis and Squash Complex on Saturday.

The event was organized by the Qatar Tennis, Squash and Badminton Federation (QTSBF) in cooperation with the International Tennis Federation.

Scott Griekspoor of the Netherlands claimed the title of singles event after beating Fajing Sun of China 6-4 6-3 in the final match.

In Doubles Event, Jonas Merckx of Belgium and Fred Simonsson of Sweden hoisted the trophy following their victory over Zizou Bergs of Belgium and Scott Griekspoor of the Netherlands.

The QTSBF Executive Director Saad Al Mohannadi congratulated the winners and wished them all success in the upcoming events and said, “The futures tournaments bring together the world’s young promising players who aim at gaining more ranking points”

“We wish our national team players can benefit from their participation in Qatar Futures tournaments,” he added.