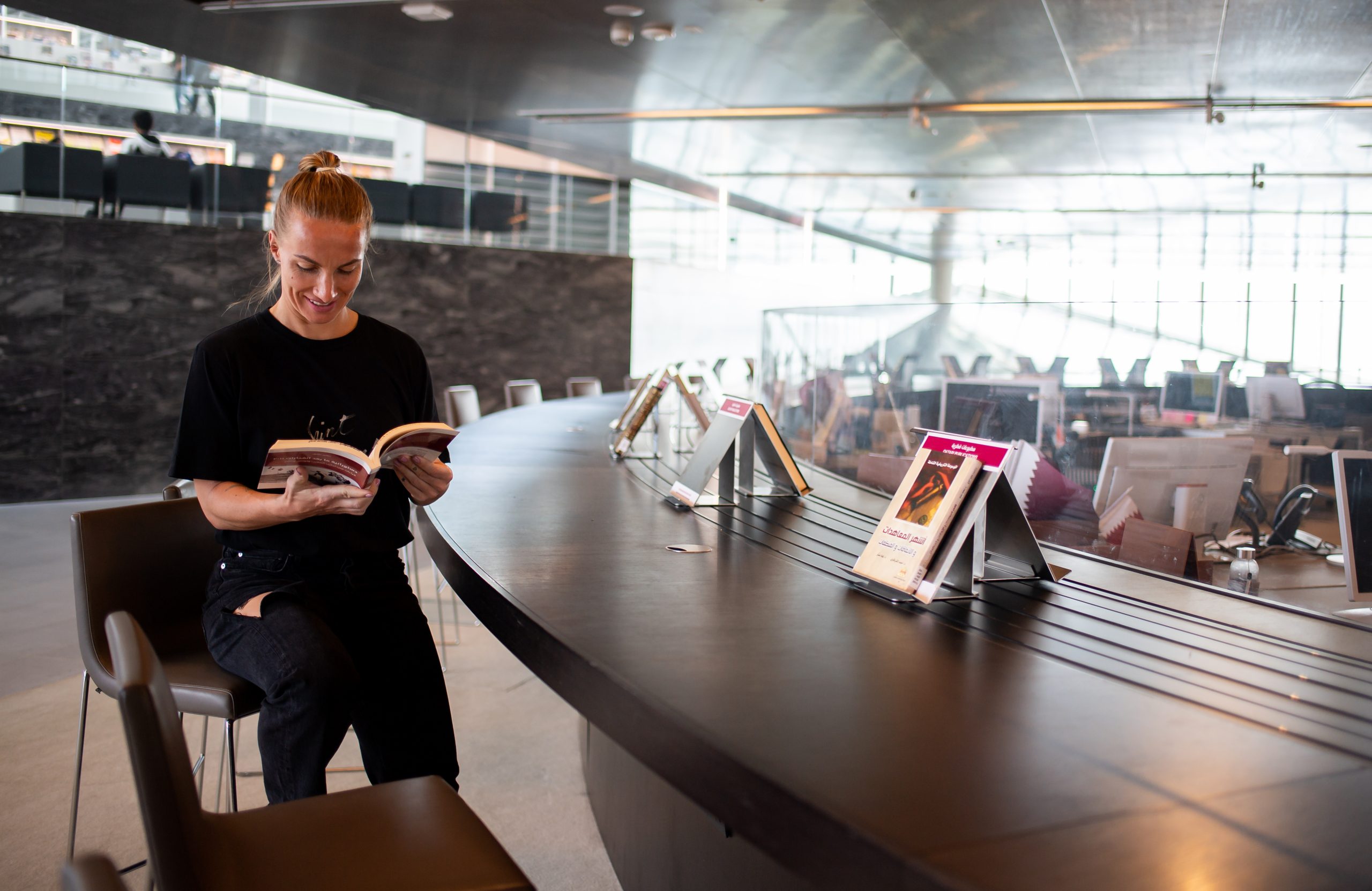 Two-time Grand Slam winner Svetlana Kuznetsova of Russia on Monday paid a visit to the Qatar National Library on the sidelines of the ongoing Qatar Total Open 2020.

The 34-year-old, winner of the 2009 French Open and the 2004 US Open, was warmly received by the staff of the library on arrival and she was later conducted round the facility and parts of the Qatar foundation.

Born to an athletic family, Kuznetsova moved at the age of seven to Spain to attend the Sanchez-Casal Academy. In 2001, she first took part in a WTA tournament, the Madrid Open, and a year later won her first WTA title at the Nordea Nordic Light Open in Helsinki, Finland. Her first appearance in a Grand Slam tournament was at the 2002 Australian Open and her first Grand Slam title came at the 2004 US Open over countrywoman Elena Dementieva, making her the third Russian woman to win a Grand Slam title, after Anastasia Myskina and Maria Sharapova.

“I’m delighted to tour this amazing facility. I’ve always been fascinated by books and to see so many precious volumes in this place gladdens my heart. The building is iconic, modern and it has some of the latest technology in library. It’s a pleasure to be here,” Kuznetsova said.

Officially opened on November 2017, the Qatar National Library offers a wide variety of books and e-books, in English, Arabic, and other languages, including fiction and non-fiction, bestsellers and classics, as well as magazines and journals, DVDs, CDs, and audiobooks.

In 2018, the library’s collection consisted of more than 800,000 books on its shelves and more than 500,000 eBooks, periodicals and newspapers, and special collections.