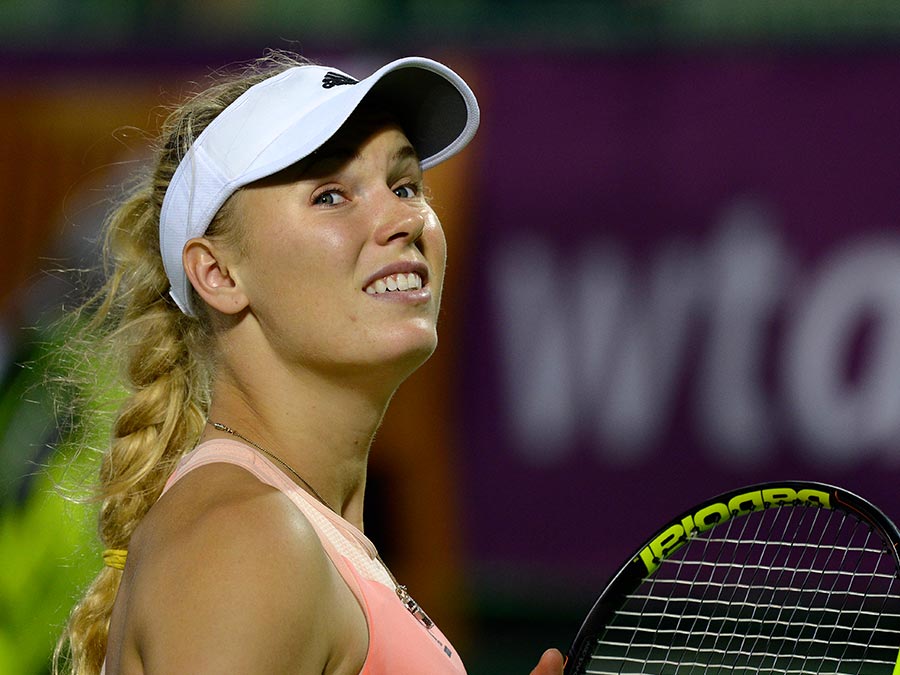 Newly crowned Australian Open champion and world No. 1 Caroline Wozniacki of Denmark will be headlining the array of top stars that will be in action at the Qatar Total Open 2018.

The seven-day fiesta of tennis will be held from February 12 to 18 at the Khalifa International Tennis & Squash Complex in Doha.

The 27-year-old Dane will be hoping to record another first in Doha at this year’s tournament by becoming third-time lucky in the quest for the golden falcon trophy. Wozniacki was the finalist at last year’s edition where she lost to Czech’s Karolína Plíšková. She was also denied the opportunity in 2011 by Russia’s Vera Zvonareva who defeated her in straight sets 6-4,6-4 in an highly entertaining final.

In line with the tournament’s widely acknowledged reputation of hosting some of the best players annually, this year’s event, , will also feature former world No.1 and 2018 Australian Open finalist Simona Halep of Romania, defending champion Karolina Pliskova of Czech Republic, Garbine Muguruza of Spain and former world No. 1 Angelique Kerber of Germany among others.

Former world number one Maria Sharapova of Russia, the 2005 and 2008 champion, as well as 2012 and 2013 champion Victoria Azarenka of Belaraus have also been granted a wildcard entry by WTA to contest in the main draw of the tournament.

Other wildcard entrants for the main draw are Oman’s Fatema Al Nabhani and Cagla Buyukakcay of Turkey.

Vera Zvonareva, the former world no. 2 and the 2010 Wimbledon and US Open finalist, as well as will also have the opportunity of contesting for the golden falcon trophy as well as the $457,245 winner’s prize money after been granted a wildcard to contest in the qualifying rounds.

Other wildcard entrants for the qualifying rounds are Ukraine’s Anastasiya Vasylyeva  and Sabine Lisicki of Germany.

“It is always a pleasure hosting some of the best players in Doha annually. Qatar is a major hub for sport and tennis is one of the most loved sports in the country. The Qatar Total Open has grown to become one of the most sought-after event in Qatar’s sporting calendar and this year will be no different as we’ve put everything in place to ensure a fun-filled week-long event. The fans are definitely in for a good time as they watch the stars doing what they know how to do best on the courts,” said Tournament Director Saad Al Mohannadi.

Sales of tickets for the prestigious WTA tournament has started online and in various shopping malls in Qatar.

Tickets are now available in the malls at City Center, Landmark, Villaggio or online at www.qatartennis.org